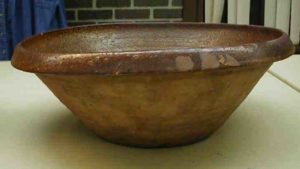 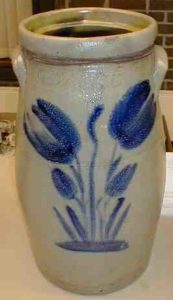 Outside of a Red Wing convention, the possibilities of seeing this many examples of Red Wing identified doesn’t happen very often, except in books.

The 2002 Exhibit display had several rare Red Wing pieces & an example of every line of Red Wing’s dinnerware.